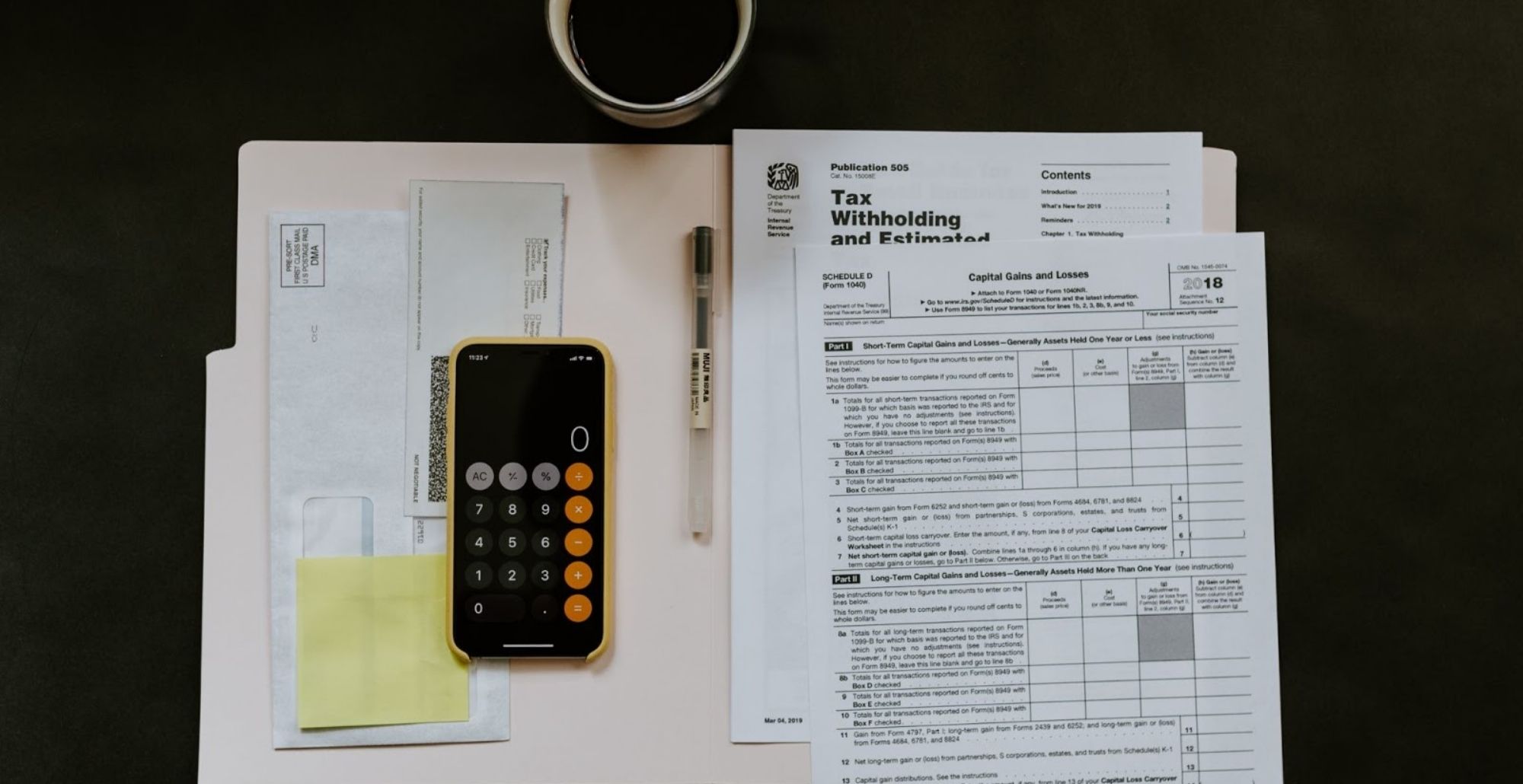 States That Don’t Have Income Tax

Did the lockdown of the pandemic leave you with the itch to travel? Or perhaps it made you leave your home state altogether?

The pandemic of last year came with many unforeseen circumstances. One of those was the need to work remotely. Many companies went through extensive restructuring to accommodate the workplace’s ‘new normal’ as employees scrambled to set up home computers, learn virtual meeting software, and communicate to their teammates solely through digital mediums. Water cooler chats became a thing of the past, as did the need for employees to be located near their place of work. 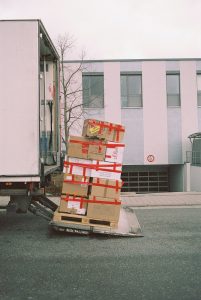 In unprecedented numbers, people packed their belongings and left their busy cities of residence in what may be called a pandemic exodus. According to United Van Lines, New Jersey and New York saw the most residents leaving the state (New Jersey held the record at 70%), followed closely by California, Connecticut and Illinois. Whether it was more amenable climates, lower costs of living, or simply getting away from the hustle, no one can pin down a unifying reason behind the sudden outflow of residents. What we do know is that states with no income tax are experiencing a sudden influx of people and skyrocketing housing markets. Homes in far flung locations in these states are suddenly hot commodities. Go into any coffee shop or supermarket, and you’ll be regaled with stories of someone’s neighbor moving to Tennessee, or a friend’s business leaving for Florida, or a new retiree packing up for greener pastures in Washington state.

After being stuck in one place for so long, a change of scene can seem lucrative to anyone, especially to a location with no income tax. Currently nine states have no income taxes: Alaska, Florida, Nevada, New Hampshire, South Dakota, Tennessee, Texas, Washington, and Wyoming. Tennessee is a new addition, having gotten rid of its tax on investment income in 2021.

States with no income tax offer an alluring benefit to residents. Since part of your paycheck is already set aside for the federal government, the thought of not having any more taken out is a tantalizing one. More money stays in your paycheck each month, and at tax season, you only need to provide a federal return.

With such a wide range of states to choose from, you may be tempted to call a moving truck right now. But individuals thinking of relocating must consider all the potential costs and even culture shocks that come with a new residence before leaving their home state for good. No two states are the same, and even with no income tax, Florida will not suit the avid skier, nor South Dakota someone who loves the buzz of a big city. But maybe you are the type of person who has always dreamed of a cowboy lifestyle, or wanted to try your hand at maple syrup tapping directly from the tree. 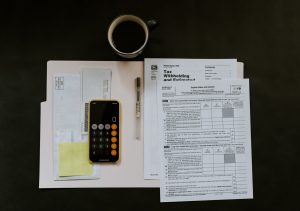 Before you haul out your suitcase with visions of snowy winters or balmy summers, it’s a good idea to evaluate what costs are in store as well as to become familiar with the local lifestyle. States with no income tax offset the costs of infrastructure in other ways, and those costs may unexpectedly fall in your lap. Maybe you will need to plan for a potential lack of job opportunity in more rural locations, or a heavy gas tax. Many states without income tax charge higher sales or property tax, or offset the lack of income with higher prices on tobacco and alcohol. It’s important to do your research, both for unexpected levies that may impact your future income and to see if the state matches your desired quality of living. A no-income tax state is no guarantee of future financial security.

One of the best ways to get to know your potential home is through reading a book. For those dreaming of different vistas or maybe just a tax break, we offer a recommended reading list of the most popular classic book per state, a great way to expand your bookshelf and to get to know a place before you even arrive.

With no state income or sales tax, the tax burden on Alaskans is the lowest in the United States at just 5.16% of personal income. Instead, Alaska depends on revenue from gas production and oil drilling. A former Russian colony known for astounding landscapes and incredible wildlife, Alaska offers endless adventures for the nature lover. To get to know Alaska better, we recommend:

A classic novel of grit and triumph, White Fang was one of Jack London’s most popular novels. Set during the Klondike Gold Rush, the story features an unexpected hero – a wolf-dog hybrid – that struggles against brutality and famine, both in nature and in human society, and learns about strength in kindness. Jack London’s descriptions of the Alaska wilds are second to none.

Florida’s personal income tax was eliminated over 150 years ago in 1855. Florida offsets that revenue by having its residents pay other kinds of taxes, including corporate income taxes and sales taxes. Florida also has higher property tax rates than most other states.

To Have and Have Not, by Ernest Hemingway

Where would a Florida resident be without a Hemingway novel on their bookshelf, one of Key West’s most famous residents? To Have and Have Not is a gripping story of a boat captain forced to support his struggling family by running contraband between Cuba and Florida. Hemingway makes Florida come alive with his concise yet poignant descriptions of its people and landscapes.

Nevada has hallmarked itself as a state that has no trouble seeing to its operating expenses, even without personal or corporate income tax. The Silver State, famous for its rugged western beauty, is able to bring in a sizable sum thanks to gambling taxes and fees, high sales taxes, and taxes on casinos and hotels.

Set in Nevada in 1855, The Ox-Bow Incident is one of the great American novels about ruthless frontier living in the West. Grappling with themes of heroism, justice, and anarchy, the story focuses on the lynching of three innocent men and the repercussions that follow. Clark, a Nevada resident, creates vivid and memorable descriptions of Nevada’s nature, people, and wildlife.

New Hampshire, like Tennessee, collects taxes on dividends and interest, but not personal income tax. There’s also no sales tax. But New Hampshire does have excise taxes, including on alcohol sales, and has the third-highest property tax rate in the nation.

A Separate Peace, by John Knowles

Published in 1959, A Separate Peace has been a bestseller for decades. Set in a New Hampshire boarding school during the onset of World War II, the story focuses on two young boys, the inner war of adolescence, and their loss of innocence. John Knowles incorporates the timeless beauty of New England as a serene backdrop to internal strife. 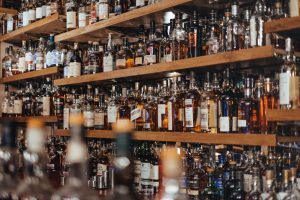 One of the most tax-friendly states for retirees, South Dakota’s sales tax rates are some of the lowest in the United States, with a property tax rate that is slightly higher than average. To fund its programs, the state taxes on purchases of cigarettes and alcohol.

This true narrative of the twilight years of the Lakota Sioux of South Dakota is as harrowing as it is illuminating. Black Elk, an Oglala Lakota holy man, witnessed both the Battle of the Little Big Horn and Wounded Knee Massacre, eventually becoming part of Buffalo Bill’s Wild West Show. Black Elk’s descriptions of his country are a lasting testament to a state with a varied and fascinating history.

Tennessee, though it doesn’t have personal income tax, does collect taxes on some dividends and interest like New Hampshire, but that will change in 2022 when the Hall income tax will officially be eliminated. For revenue, Tennessee relies on high sales and sin taxes. It also has the highest state tax rate on beer.

A Death in the Family, by James Agee

The winner of the 1958 Pulitzer Prize, A Death in the Family is James Agee’s semi-autobiographical novel set in Knoxville, where a car accident sends a family into anguish and self-reflection. Presenting a portrait of the people of Tennessee, it is regarded by many critics as one of the finest works depicting loss and grief on bookshelves today.

Texas doesn’t have personal income taxes because its Constitution forbids it! To make up for lost revenue, Texas has high sales and use taxes, some as high as 8.25%. Property taxes are also one of the highest in the nation.

Another Pulitzer Prize-winner, Lonesome Dove is an American classic set in a dusty Texas town called Lonesome Dove. With an incredible cast of characters, McMurtry brings the old West to life by following the trail of two aging Texas Rangers on a mission. The wild beauty of the state factors richly in this unforgettable story of dreamers and heroes.

Washington, unlike most states, has actually never had a personal income tax. Its residents continually vote against it. It also has no corporate income tax, but Washington relies heavily on some of the highest sales tax rates in the nation and raised gas prices. There is also a business and occupation tax.

A tale of suspense on beautiful San Piedro Island, Snow Falling on Cedars follows the story of Japanese American Kabuo Miyamoto who is accused of the murder of a local fisherman. Tragic and captivating, the novel investigates narratives of race, war, and human will.

Wyoming, with no personal or corporate state income tax, does not assess tax on retirement income, an attractive prospect for many retirees. The Cowboy State generates income with property taxes and by taxing businesses that produce natural resources, such as coal.

The Virginian: A Horseman of the Plains, by Owen Wister

Considered by many to be the first western novel, The Virginian is a sentimental depiction of Wyoming during the era of the Old West. Featuring a dispute between cattle ranchers and other land owners, Wister’s novel is complete with an eccentric cast of characters, the cowboy code of honor, and the struggle between keeping a land rugged despite encroaching civilization. 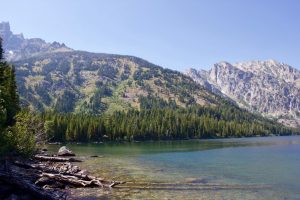 A state’s affordability and tax rates are undeniably determining factors in where people decide to live, but it should not be the only factor. Your quality of life is not dependent upon your tax bill. Whether it is warmer weather, access to amenities, or simply a beautiful view, the reasons for where you live are entirely personal. Do your research and make an informed choice that’s best for you and your dependent’s future.

The help of a qualified financial advisor can be an incredible asset during times of personal milestones. Sometimes the safest advice is to seek the counsel of an independent third party when making an emotionally-charged decision. A financial advisor can help you navigate the many pros and cons of either relocating or staying put.

At SOL Capital Management, Your Benchmark is Our Benchmark.  With over thirty years of experience of providing unbiased and discerning investment solutions on a global scale, SOL has positioned itself as an investment advisory firm for investors from all over the world. Through actual experience, we have come to appreciate that our objective and strategic counsel can garner the trust of clients and their families that spans generations.  Schedule an introductory call with us today!